At some point during their employment, employees may be requested by their employer to give evidence at arbitration proceedings or a Labour Court trial. Sometimes, they are reluctant to become involved in these proceedings. The reasons for this are varied, but often boil down to the fact that employees simply do not want to become involved in litigation involving the employer and former employees. The recent case of Kaefer Energy Projects (Pty) Ltd v CCMA & Others (unreported case, JA59/20, 26 October 2021) dealt with precisely such a situation. In summary, the employee was charged with and found guilty of, amongst other things, refusing to testify at a CCMA arbitration involving her employer and a former employee.

She was required to testify about a heated altercation that occurred between her manager (Govender) and an employee (Maili), in Govender’s office. The employee heard a loud argument and immediately rushed to Govender’s office and escorted Maili out to avoid things getting out of hand. Maili was subsequently dismissed and he referred his dispute to the CCMA, where the employer required the employee to give evidence.

The employer argued that the employee was required only to testify as to her recollection of events. She was not required to perjure herself or to testify to any other issue. There was no threat of harm to the employee if she testified at the arbitration.

The employee’s version was that she refused to be a witness because she did not think that her evidence was relevant and did not wish to ‘make a fool of herself’. She claimed that she did not remember what was said between Govender and Maili. The employee contended that her refusal was neither deliberate nor in bad faith and on that basis her dismissal had been unfair.

The LAC found that it was not for the employee to decide what would and would not be relevant at the arbitration. She had been instructed to testify and was required to comply with the instruction.

The employee could have raised an excuse for not wanting to participate i.e. that she had been threatened, or that other pressures had been brought to bear on her. Doing so may have constituted a valid and acceptable excuse for refusing to participate. There was, however, no evidence of this.

The LAC also found that any litigant could make use of a subpoena, but the failure to do so cannot constitute a reason for the employee to refuse to assist the employer when the instruction to do so is fair and reasonable. The employee was clearly guilty of the misconduct complained of and that should have been the commissioner’s finding.

The LAC found that the refusal to obey the instruction was serious. Her refusal may have negatively impacted on the employer’s enforcement of discipline at its workplace. The Court found that imposing a final written warning in these circumstances would effectively condone obstructive conduct on the part of employees. The LAC accordingly found that dismissal was the appropriate sanction in the circumstances.

The judgment is an important restatement of the obligations owed by an employee to their employer. The duty of good faith is still an important characteristic of our employment law and employers would do well to enforce it. 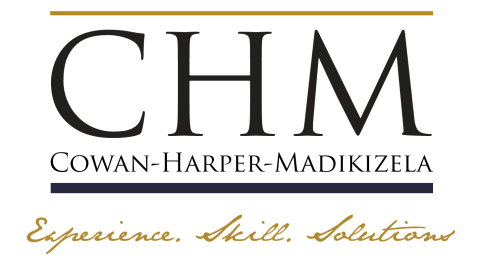 Cowan-Harper-Madikizela is a
Level 1 B-BBEE Contributor.